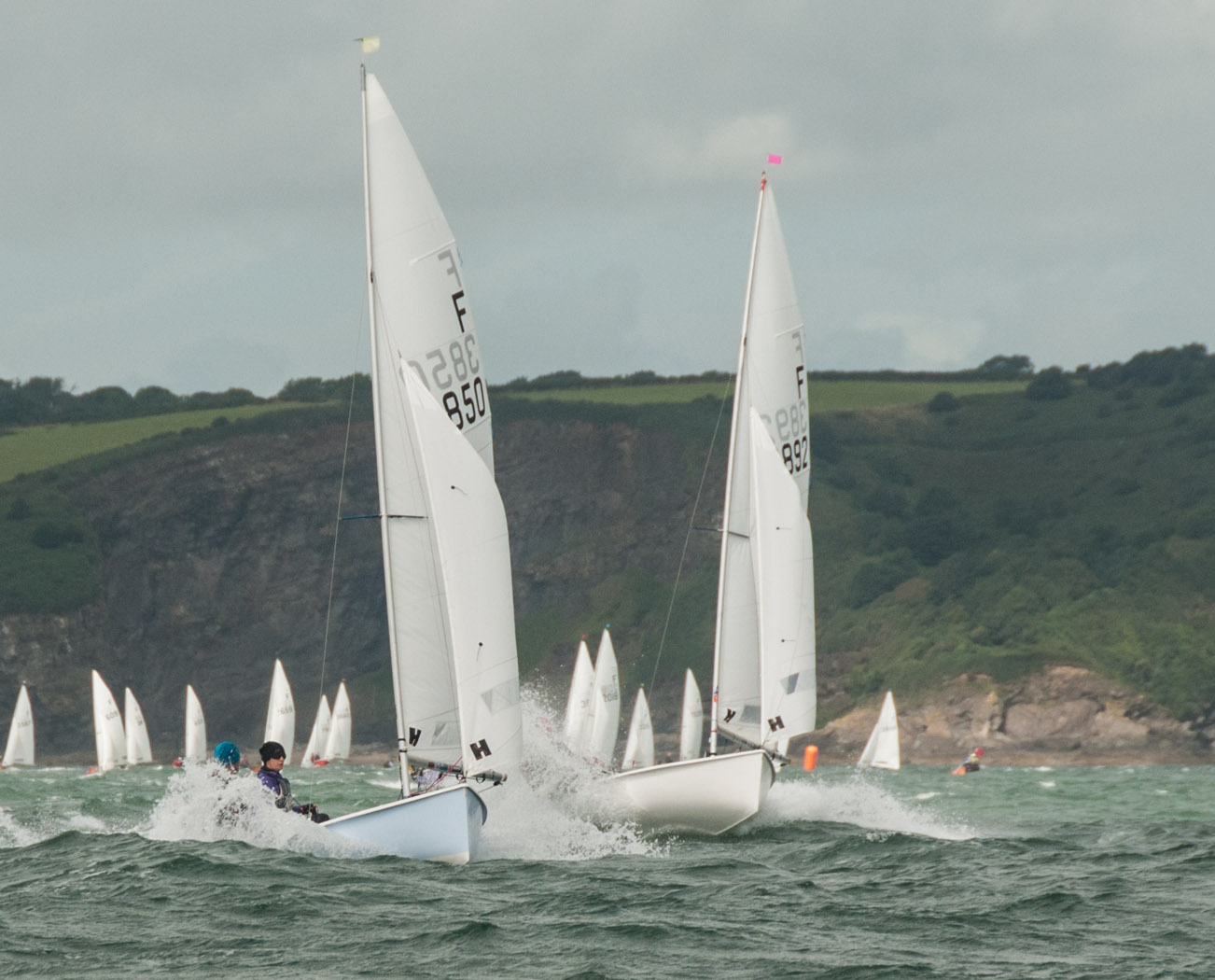 At last, the much-anticipated Firefly 70th Anniversary Championships has arrived! Sixty -three Fireflies arrived in Tenby on Saturday and were welcomed by Pembrokeshire’s sparkling best weather, and a good proportion of the fleet enjoyed the perfect Force 3-4 and sunshine in Carmarthen Bay for the practice race. Line honours, after a quick canter round the bay, went to Fred Mainwaring and Jenn Lamb in Purple Doris, following by Jono and Sarah Pank in Pogie.

The welcome by the club and class chairman and the competitor’s briefing followed by an adjournment to the bar. “Platinum Pam”, the brand new Firefly sponsored by Rondar which will be raffled off to a lucky competitor later this year, was given her first jockeys as Harry Gilchrist and Toby Saunderson were drawn our of a hat – one of a number of pairs judged to have the least competitive boats at the event. The lucky boys will be able to sail her all week! Hope it’s nice and light on Sunday for her launch….…..

Oh dear……….Sunday morning dawned and gusts of 30knots were already funnelling across the race area. The competitors launched mid morning and wobbled their way (offshore breeze) to the committee boat, with the PRO electing for simple triangular course, avoiding further wobbling runs in the building swell.

The fleet got away more or less cleanly following a gate start, with the F5-6 conditions really testing helms and crew. At the top mark, Steve Greaves and Lucie who flew up the right-hand side of the beat were first round, closely flowed by Rob and Mary Henderson and Jane and Stuart Hudson. The Hudsons managed to sneak past Greaves/Hopkins and the Hendersons on the first reach into first, and retained their lead for the following two laps, after which the PRO sensibly shortened course.

There was significant place changing across the fleet with plenty of capsize action at the gybe marks. Reaches were extremely wet and wild, with crews fighting to breathe, never mind trimming the jib!!

As the wind continued to build, there were no surprises when the PRO sent the fleet back to the shore, with Race 2 and the chance to win the coveted Silver Firefly re-scheduled for later in the week.