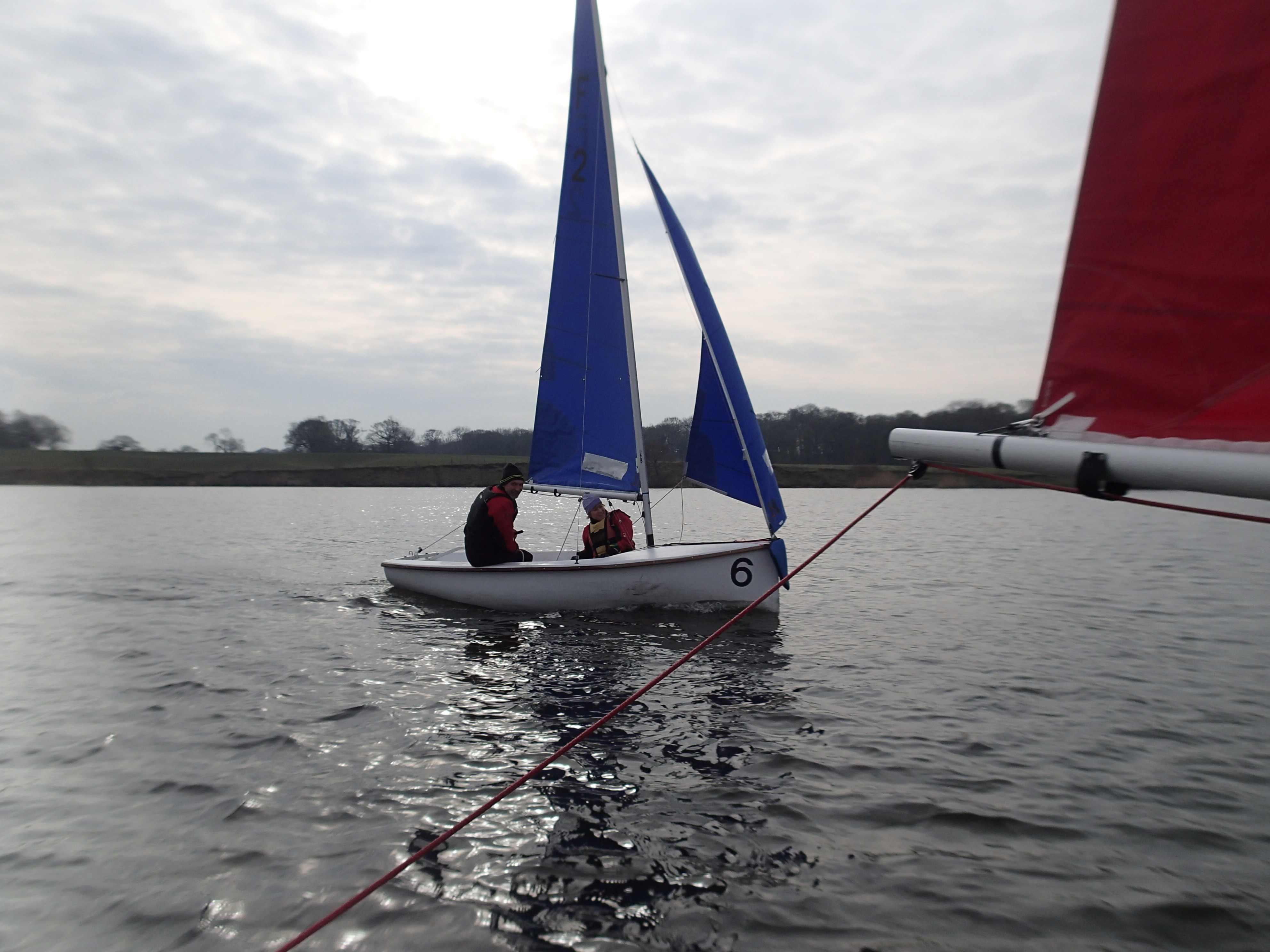 What ever happened to sailing matches between clubs?

Before I went to University, at West Kirby we used to have home and away team racing matches most Monday evenings, the team selected based upon the results and availability from the previous Tuesday nights club racing. It was great fun as invariably half the team were juniors like me and we were taken to exotic places such as Hollingworth Lake, Chester, Southport, Pilkingtons and Budworth on a school night! For some reason this died out – no doubt it just became another thing that a volunteer needed to organise and it ceased to happen.

So when Steve Hayward from Budworth challenged us at West Kirby to a match, I jumped at the opportunity. We were incredibly fortunate with the weather as it was held late February just after all those gales had passed through.

About 25 people took part in the sailing – a leisurely 10:30 start with a decent break for lunch for catching up with old friends.  Racing was concluded early in the afternoon after about 12 or so races had been completed, with the West Kirby youth team showing us how to sail fireflies.. I’d say they’d been cheating by practicing far too much!

I can’t wait for the rematch and even more so, I’m looking forward to the rebirth of the Budworth Pairs later this year.