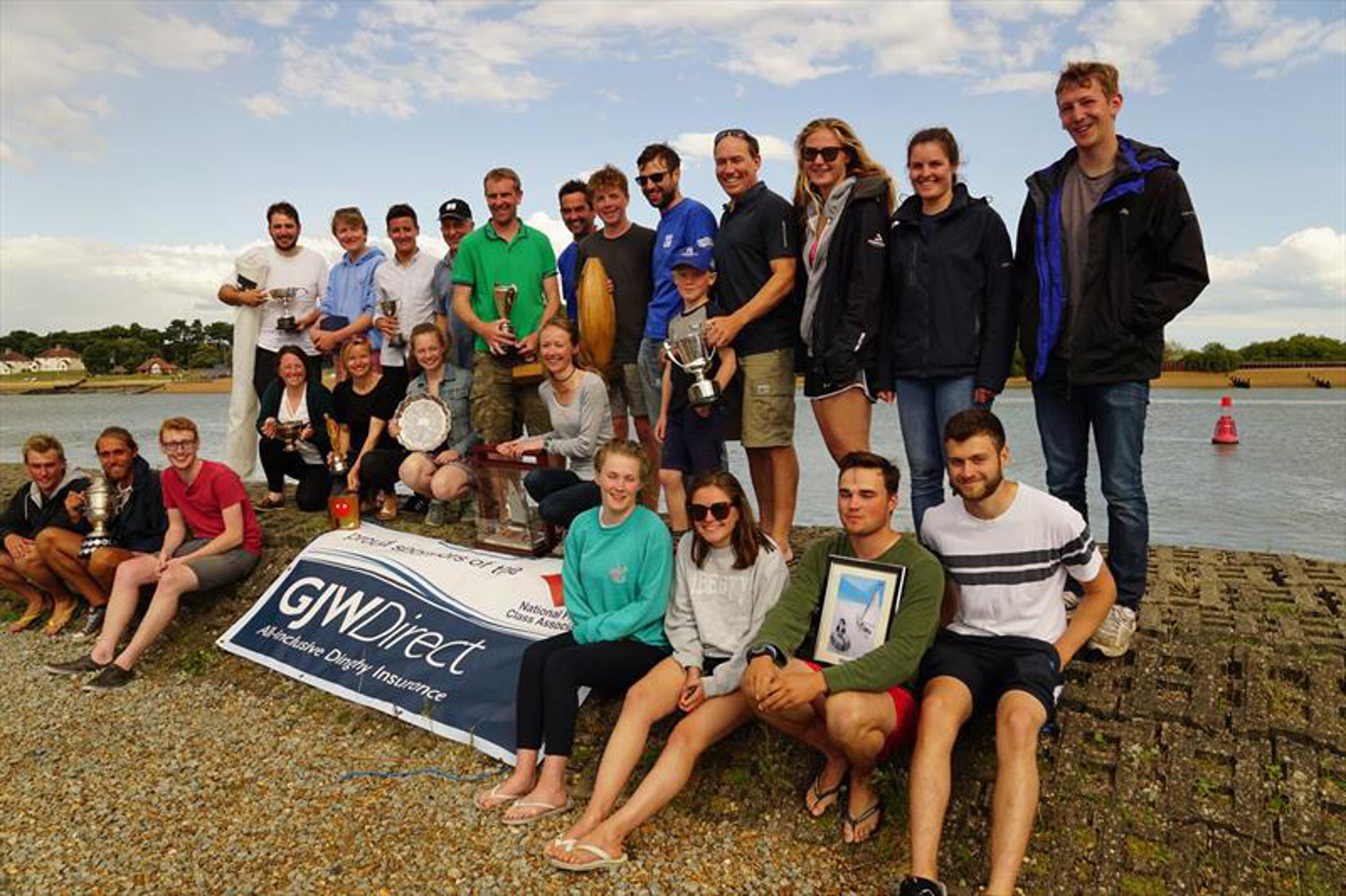 Friday’s final race at the GJW Direct Firefly National Championships hosted by Felixstowe Ferry Sailing Club would decide the overall champion for 2017 with three boats heading out to the start separated by only one point.

In the end, it was Nigel Wakefield and Emily Saunderson sailing the recently restored Tip Top Too, which previously won the championships in 1969 in the hands of Mimie Currey, that held their nerve to record their fourth race win of the week and to take the Sir Richard Fairey points trophy. Behind them, second place, and second place overall, was taken by Guy Davison and Sally Wakefield in Lynestra.

Guy and Sally had a very consistent week, only once finishing outside of the top three and taking two race wins, including the coveted Sir Ralph Gore Challenge Trophy, in the process. Chris Kameen and Matt Read from West Kirby Sailing Club in Biscuit Buffalo took third overall following a fourth in the final race, and with Ed and Sophie Smith from Papercourt taking fourth overall the top four places were all taken by wooden boats, something that hasn’t happened for a number of years.

Fifth overall, and winners of the Chris Lynham trophy for first under-21 and the Deben Ladies Plate for first female helm, were Jenny Smallwood and Philip Aldous from Manchester University. Hugo Burrows and Ben Nicoll from West Oxfordshire Sailing Club took the prize for first under-18s and were the winners of the International Paints Trophy for first Marlow boat, without discards and including the crews race. Wednesday’s Marlow winners, Ben Green and Fi Edwards and also won the prize, a new jib donated by Hyde Sails, for best improvers. Best overall club was the University of Birmingham.

A Firefly championships is as much about what goes on off the water as what happens on the water and this year was no exception. Felixstowe Ferry Sailing Club hosted some lively socials and it was just as well that many of the sailors were camping on the green just a stumble away from the clubhouse bar. At the prizegiving, class chairman, Edward Smith, thanked GJW Direct for their generous sponsorship of the event and Felixstowe Ferry Sailing Club for being such welcoming hosts. He also thanked race officers, Peter White and Tim O’Leary, for their excellent course-setting and overall race management. Next year’s Firefly championships will be hosted by South Caernarvonshire Yacht Club in Abersoch and will be sailed between 28 July and 3 August 2018.