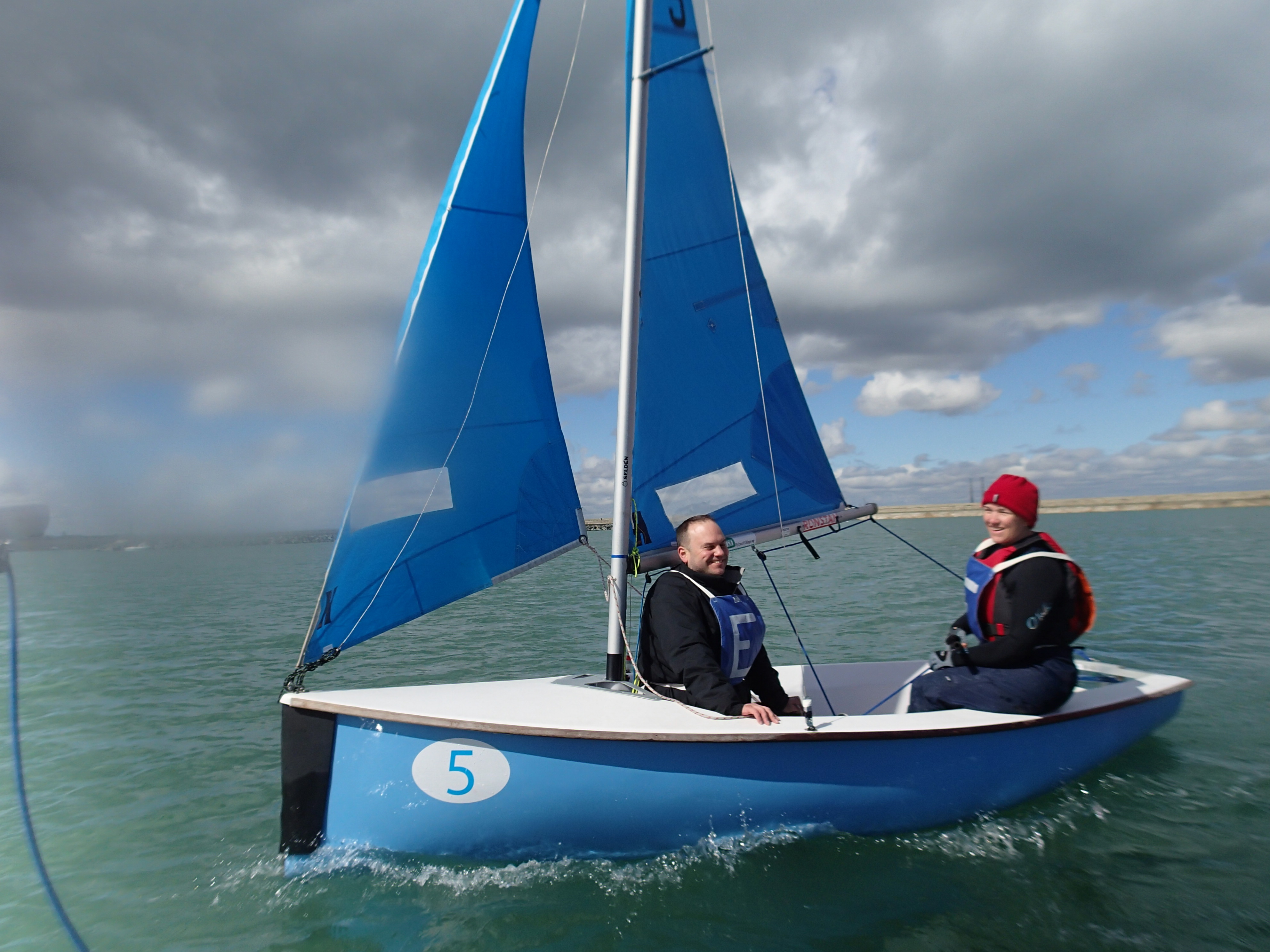 Is this the future of fleet racing one designs?

For many years I have grappled with trying to make sailing more attractive to stop the drop out from sailing of so many people. Boat ownership and the need to own a boat in order to have high quality racing  is one major barrier that I think we can overcome if we think a bit differently about the sport of sailing.

The Firefly class is blessed by virtue of their being many fleets of institution owned boats around the country allowing for a fleet racing event as was hosted by the Royal St George Yacht Club in Dun Laoghaire over the weekend of the 11th 12th April. This special fleet racing event was held as part of our 70th anniversary celebrations and was run in their own boats that had been purchased for team racing.

A light wind forecast greeted the teams from all over the UK and Ireland which meant that the decision was made to sail inside the harbour rather than venturing outside. Four 35 minute races were held with boat swaps half way through on the Saturday to ensure fairness, followed by an entertaining evening in the Yacht Club with sailors who were team racing 1720s from Royal Northern and Clyde, Royal Thames and Royal St George. With the forecast not looking favourable for the Sunday, the merriment continued long into the early (late?) hours of the morning.

So the race report! First around the windward mark was Octavia Owen and Amber Riggs of West Kirby Sailing Club followed by myself crewed by Jenny Andreasson of RSG. Unfortunately the wind dropped out briefly causing a reshuffle of the pack, allowing me to get into the front, and John Sheehy and Rachel who had been in 3rd dropped. Using some old tricks they managed to head to sea down the run and sneak into first, which they held until the finish. That the first three races finished John, myself followed by Octavia hides the true closeness of the racing, and it was only in the fourth race that I was eventually able to get enough separation from John and Octavia that I was able to take advantage of a small shift and hold a lead to the finish.

With John unable to race on the Sunday, the pressure was on my host Sam Hunt to reverse John’s Slide and hold on for the win, but his trump card was the wind and the inevitable cancellation of sailing on the Sunday.

What a great weekend – I want to do more of this.